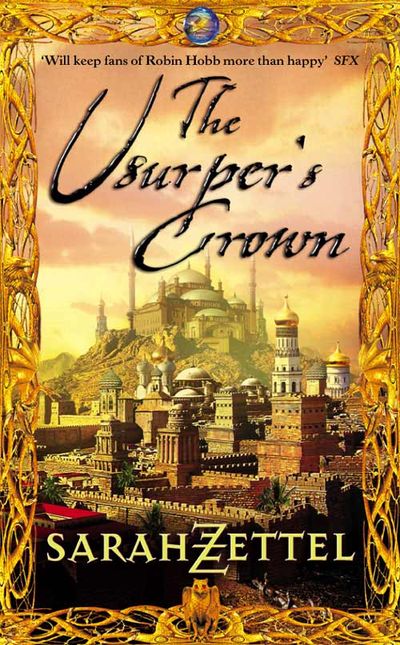 The second volume in a stunning fantasy trilogy set partly on the shores of Lake Superior in the 19th century.

When Ingrid Loftfield follows her sister out of the house in order to discover the reason for her nighttime excursions, she has no idea that this short walk to the beach will lead her to another world entirely. As the daughter of a fisherman on the shores of Lake Superior, her life has so far been unremarkable – the most difficult problem she has faced is whether or not to marry the dependable but unexciting Everett Lederle.

But when a stranger releases her sister, Grace, from an enchantment by a dead sailor, Ingrid is initiated into a world of magic and intrigue she never could have imagined. For the stranger, Avanasy, is a native of Isavalta, a world which can only be reached by crossing the land of Death and Spirit. He has been exiled by his ruler, and erstwhile student, the young Empress Medeoan. But Avanasy remains loyal to his Empress, and only he is aware of the grave threat she faces from within her own court. If she needs his assistance he will return to her side without a moment’s hesitation – and Ingrid will go with him.

Author: Sarah Zettel
Format: Paperback
Release Date: 05/01/2004
Pages: 640
ISBN: 978-0-00-711402-3
Sarah Zettel was born in California in 1966. Since then, she's lived in ten cities, four states and two countries. She has written four science fiction novels and many short stories in the sf, fantasy and horror genres. She currently lives in Michigan with her husband and their son.

The second volume in a stunning fantasy trilogy set partly on the shores of Lake Superior in the 19th century.