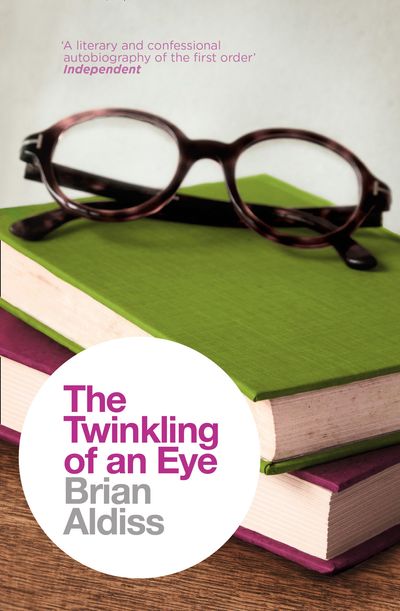 The Twinkling of an Eye

Writer, soldier, bookseller, father: Brian Aldiss has earned many titles in his life. In the Twinkling of an Eye is a candid, vivid and charming look at the stories behind this distinctive writer of fiction.

His life as a struggling novelist is unflinchingly laid bare. There are recollections of the beauty and freedoms of Sumatra, the camaraderie of the army and the sobriety of post-war England, bookselling in Oxford, marital breakdown and financial impoverishment. With insight and honesty, Aldiss delves into his role in the new wave of science fiction writing in the 1960s, and his friendships with his contemporaries: Anthony Storr, J. G. Ballard, Kingsley Amis, Doris Lessing, Michael Moorcock and William Boyd.

This is Aldiss at his most-versatile, outspoken best.

Author: Brian Aldiss
Format: Other Format
Release Date: 30/07/2015
ISBN: 978-0-00-748259-7
Brian Aldiss, OBE, is a fiction and science fiction writer, poet, playwright, critic, memoirist and artist. He was born in Norfolk in 1925. After leaving the army, Aldiss worked as a bookseller, which provided the setting for his first book, The Brightfount Diaries (1955). His first published science fiction work was the story ‘Criminal Record’, which appeared in Science Fantasy in 1954. Since then he has written nearly 100 books and over 300 short stories.

The Twinkling of an Eye

Writer, soldier, bookseller, father: Brian Aldiss has earned many titles in his life. In the Twinkling of an Eye is a candid, vivid and charming look at the stories behind this distinctive writer of fiction.