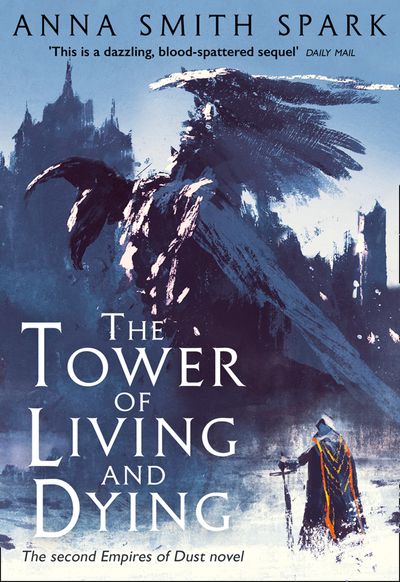 The Tower of Living and Dying

KING OF RUIN. KING OF DUST AND SHADOWS. KING OF DEATH. HE WILL RULE ALL. THE KING IS COMING.

Marith Altrersyr – father-killer, dragonlord, leader of the blood-soaked Amrath Army – is keeping his promises. He is determined to become King of all Irlast and take back the seat of his ancestors.

Only Thalia, once high priestess of the Lord of Living and Dying, the holiest woman in the Empire, might stop Marith and his army’s deadly march. But she is torn between two destinies – and if she was to return home, what would she fi nd there? A city on the brink of ruin: diseased, despairing, dying?

Crawling through a tunnel deep under the ruins of her city, Landra Relast vows vengeance. Her family has been burned, her home destroyed, and now Marith – once her betrothed – must die.

But as Landra cuts through the wasteland left in the wake of Marith’s army, she finds that she is not the only one who wishes him ill…

Author: Anna Smith Spark
Format: Other Format
Release Date: 09/08/2018
ISBN: 978-0-00-820410-5
ANNA SMITH SPARK lives in London, UK. She has a BA in Classics, an MA in History and a PhD in English Literature.Besides her fantasy novels, she has been published in the Fortean Times, Hansard and the poetry website www.greatworks.org.Previous jobs include fetish model, English teacher and petty bureaucrat.Anna can often be spotted at SFF conventions wearing very unusual shoes.

The Tower of Living and Dying

KING OF RUIN. KING OF DUST AND SHADOWS. KING OF DEATH. HE WILL RULE ALL. THE KING IS COMING.