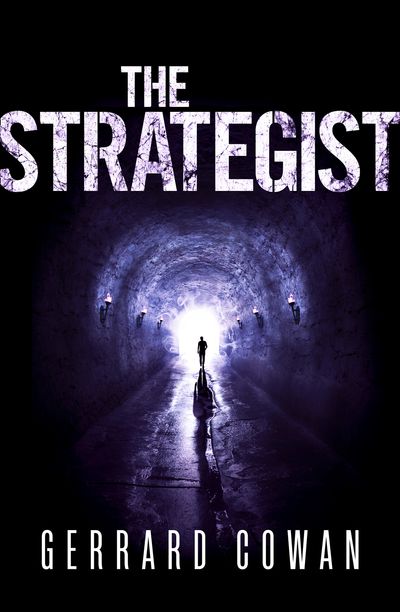 For ten millennia, the Machinery Selected the greatest leaders of humanity, bringing glory to the Overland. But the Machinery came with a Prophecy: in the 10,000th year, it will break, and Ruin will come.

Now, the Prophecy is being fulfilled. The Machinery has Selected a terrible being to rule the Overland, an immortal who cares little for the humans she governs. Some call her the Strategist. Others call her the One. Everyone knows her as Mother.

Mother will do anything to find the Machinery and finally bring Ruin. But only one creature knows where the Machinery is – the Dust Queen, an ancient being of three bodies and endless power.

And if Mother wants the Dust Queen’s help, she must ready herself for a game. A game from older times. A game of memory. A game in which mortals are nothing more than pawns.

Author: Gerrard Cowan
Format: Paperback
Release Date: 25/01/2018
Pages: 320
ISBN: 978-0-00-816022-7
Gerrard Cowan is the author of The Machinery trilogy, the story of a world whose leaders are chosen by a machine – until the machine breaks.He lives in Ireland with his wife Sarah and their children. His first known work was a collection of poems on monsters, written for Halloween when he was eight; it is sadly lost to civilisation. When he isn't writing strange fantasy books he works as a freelance journalist. He can be found at gerrardcowan.com, at facebook.com/gerrardcowanauthor and @GerrardCowan on Twitter.