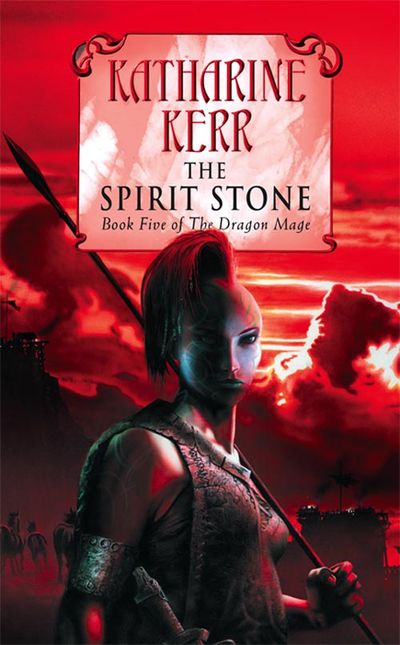 ‘A dagger laid against our throat.’

So Prince Dar of the Westlands calls Zakh Gral, a new fortress built by the Horsekin, the ancient enemies of his people. To help him destroy this threat, the elven prince has called upon his allies: the dwarven folk of the northern mountains and the human men of Deverry to the east. Their leaders know that if the Westlands fall to the Horsekin, their own throats will feel that dagger next. Joining them are two powerful dragons, who have their own bitter reasons to hate the Horsekin.

But the fanatical Horsekin believe that they have the most powerful ally of all: a new goddess. Alshandra’s priestesses have announced that she has given the Horsekin the lands belonging to the prince – and that his people must be utterly destroyed.

Author: Katharine Kerr
Format: Paperback
Release Date: 04/02/2008
Pages: 416
ISBN: 978-0-00-712873-0
Katharine Kerr was born in Ohio in 1944 and now lives in San Francisco. Her extensive reading in the fields of classical archeology, and medieval and dark ages history and literature, has had a clear influence on her work. Her epic Deverry series has won widespread praise and millions of fans around the world.