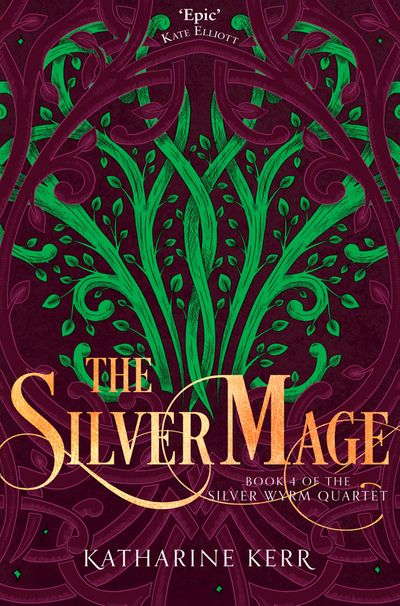 The fifteenth and final novel in the celebrated Deverry series, an epic fantasy rooted in Celtic mythology that intricately interweaves human and elven history over several hundred years.

Spurred on by the priestesses of the false goddess Alshandra, the Horsekin hordes are massing on the northern border of Prince Dar’s holdings. Their leaders believe that the rich grasslands of the prince’s domain belong to them by divine right, no matter whom they must destroy to claim them.

But Dar has powerful allies on his side, including the dragon Arzosah, who has hated the Horsekin for hundreds of years. She will vow to take a revenge worse than anything the Horsekin and their priestesses could possibly foresee.

The prince’s most powerful ally, however, is the one the Horsekin refuse to understand: the deep magic of the dweomer, as wielded by the band of sorcerers sworn to protect him, and especially by the elven master of magic, Dallandra, the silver mage.

Author: Katharine Kerr
Format: Other Format
Release Date: 29/10/2009
ISBN: 978-0-00-730193-5
Katharine Kerr was born in Ohio, 1944 and moved to San Francisco Bay Area in 1962, where she has lived ever since. She has read extensively in the fields of classical archeology, and medieval and dark ages history and literature, and these influences are clear in her work. Her epic Deverry series has won widespread praise and millions of fans around the world.

The fifteenth and final novel in the celebrated Deverry series, an epic fantasy rooted in Celtic mythology that intricately interweaves human and elven history over several hundred years.