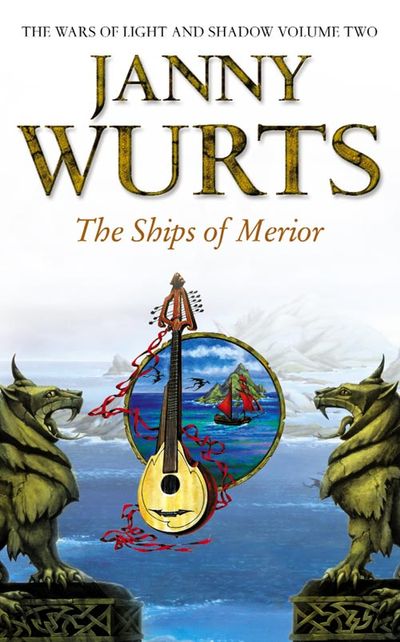 The half-brothers Arithon, Master of Shadow, and Lysaer, Lord of Light, have defeated the Mistwraith and dispersed the fogs that smothered Athera’s skies. But their victory comes at a high price: the Mistwraith has set them at odds under a powerful curse of vengeance. The two princes are locked in deadly enmity, with the fates of nations and the balance of the world’s mystical powers entangled in their feud.

Arithon, forced out of hiding, finds himself hounded by Lysaer and his mighty army. He must take to his natural element – the seas – in order to evade pursuit and steal the initiative. However, his efforts are impeded by outside magical factions, not to mention a drunken prophet sent to safeguard his life, but who seems determined to wreck his cause by misadventure.

Author: Janny Wurts
Format: Paperback
Release Date: 01/11/2004
Pages: 752
ISBN: 978-0-586-21070-3
Janny Wurts is the author of the Cycle of Fire series, co-author of the worldwide bestselling Empire series with Raymond E. Feist, and is currently working on the Wars of Light and Shadow series. She often paints her own covers and is also and expert horsewoman, sailor, musician and archer.