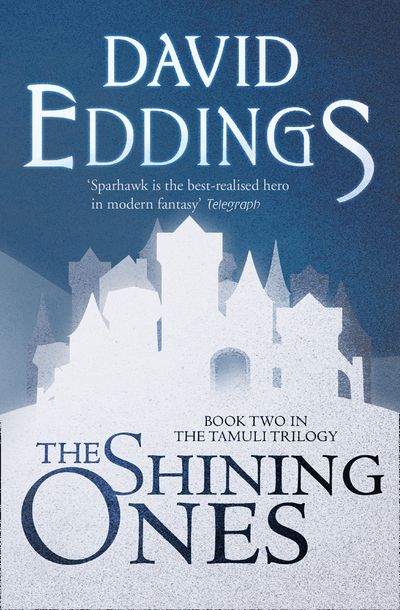 Sparhawk and Queen Ehlana must do everything they can to educate Tamuli Emperor Sarabian in the art of leadership if they are to have any chance of standing against the evil forces that threaten their kingdoms.

Sarabian’s enemies are regrouping and once again plan to attempt to take the empire for themselves.

But more disturbing than the political machinations of court, there have been reported sightings of Shining Ones among the hordes of monsters roaming the land. If Sparhawk and his allies are to have any hope of defeating this growing threat they must resurrect the sacred jewel of the Troll-Gods, otherwise the fate of not just their kingdoms, but the entire world, will be at stake . . .

Author: David Eddings
Format: Other Format
Release Date: 20/05/2010
ISBN: 978-0-00-736806-8
Born in Washington State in 1931, David Eddings grew up near Seattle. He graduated from the University of Washington and went on to serve in the US Army. Subsequently he worked as a buyer for the Boeing company and taught college-level English. His first novel was a contemporary adventure, but he soon began a spectacular career as a fantasy writer with his series The Belgariad. He consolidated his success with two further popular series, The Malloreon and The Elenium.