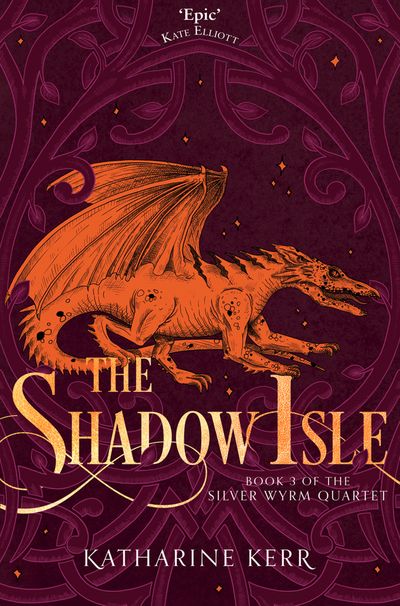 As the tale of Deverry and her people draws near to its close, questions will be answered and mysteries uncovered…

The wild Northlands hold many secrets, among them the mysterious dweomer island of Haen Marn, the mountain settlements of Dwarvholt, and the fortified city of Cerr Cawnen, built long ago by escaping bondmen from Deverry itself. And just who or what are the mysterious Dwgi folk?

Thanks to the Horsekin, who continue to push their religious crusade south toward the borders of the kingdom, the human beings of Deverry and their elven allies realize that the fate of the Northlands lies tangled with their own. Although the dwarven race holds strong, the island of Haen Marn has fled and Cerr Cawnen seems doomed. Only the magic of Dallandra and Valandario and the might of the powerful dragons, Arzosah and Rori, can reveal the secrets and save the Northlands from conquest.

Author: Katharine Kerr
Format: Other Format
Release Date: 04/09/2008
ISBN: 978-0-00-728337-8
Born in Ohio, 1944. Moved to San Francisco Bay Area in 1962 and has lived there ever since. Katharine Kerr has read extensively in the fields of classical archeology, and medieval and dark ages history and literature, and these influences are clear in her work. Her epic Deverry series has won widespread praise and millions of fans around the world.