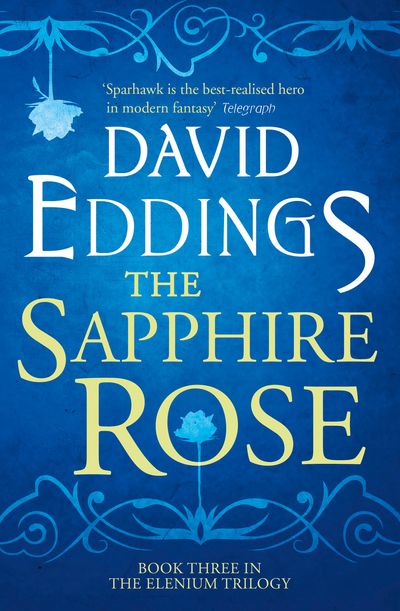 Book Three of the ELENIUM is fantasy on a truly epic scale, in which the Pandion Knight Sparhawk must finally use the power of the jewel.

Sparhawk and his allies have recovered the magical sapphire Bhelliom, giving them the power to wake and cure Queen Ehlana.

But while they were away an unholy alliance was brokered between their enemies that threatens the safety of not just Elenia but the entire world.

By returning to save the young queen, Sparhawk risks delivering the Bhelliom into the hands of the enemy.

As battle looms, Sparhawk’s only hope may be to unleash the jewel’s full power. But no one can predict whether this will save the world or destroy it…

Author: David Eddings
Format: Paperback
Release Date: 12/03/2015
Pages: 656
ISBN: 978-0-00-757899-3
David Eddings was one of the original masters of epic fantasy. During a writing career that spanned more than three decades, David and his wife Leigh co-authored over thirty bestselling novels and created some of the world’s most loved characters. The Belgariad, The Malloreon, The Elenium and The Tamuli series are among their most famous work.

Book Three of the ELENIUM is fantasy on a truly epic scale, in which the Pandion Knight Sparhawk must finally use the power of the jewel.