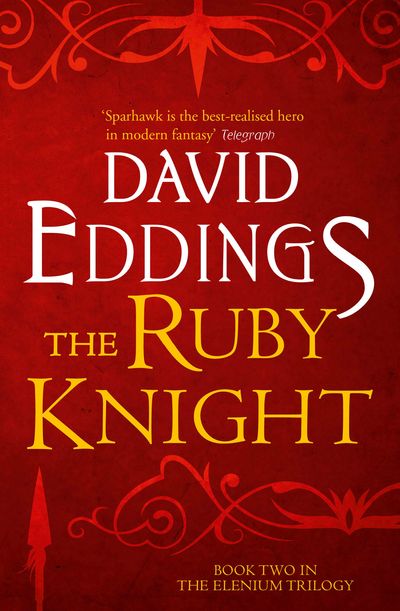 Time is running out for the poisoned Queen Ehlana. If she is to be saved Sparhawk must find the only cure – a powerful artefact called the Bhelliom – before it’s too late.

But finding the rose-shaped sapphire is no simple task. No one has set eyes upon it since it was lost in the heat of a legendary battle.

To make matters worse, Sparhawk and his allies are not the only party questing to find the jewel.

Author: David Eddings
Format: Paperback
Release Date: 12/03/2015
Pages: 448
ISBN: 978-0-00-757898-6
David Eddings was one of the original masters of epic fantasy. During a writing career that spanned more than three decades, David and his wife Leigh co-authored over thirty bestselling novels and created some of the world’s most loved characters. The Belgariad, The Malloreon, The Elenium and The Tamuli series are among their most famous work.