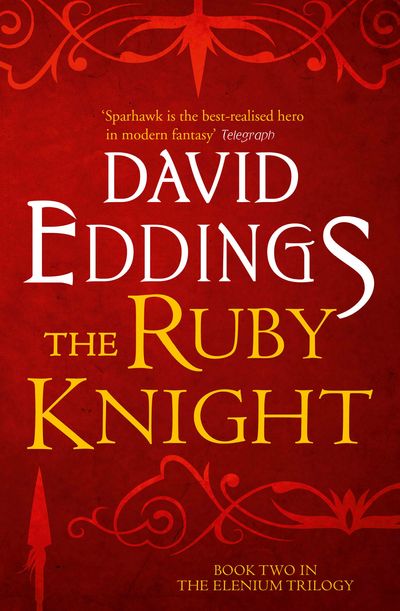 Time is running out for the poisoned Queen Ehlana. If she is to be saved Sparhawk must find the only cure – a powerful artefact called the Bhelliom – before it’s too late.

But finding the rose-shaped sapphire is no simple task. No one has set eyes upon it since it was lost in the heat of a legendary battle.

To make matters worse, Sparhawk and his allies are not the only party questing to find the jewel.

Author: David Eddings
Format: Other Format
Release Date: 24/06/2010
ISBN: 978-0-00-737507-3
David Eddings was born in Washington State in 1931 and grew up near Seattle. He graduated from the University of Washington and went on to serve in the US Army. Subsequently, he worked as a buyer for the Boeing Aircraft Company and taught college-level English. His career as a fantasy writer, with his wife Leigh, has been spectacular.