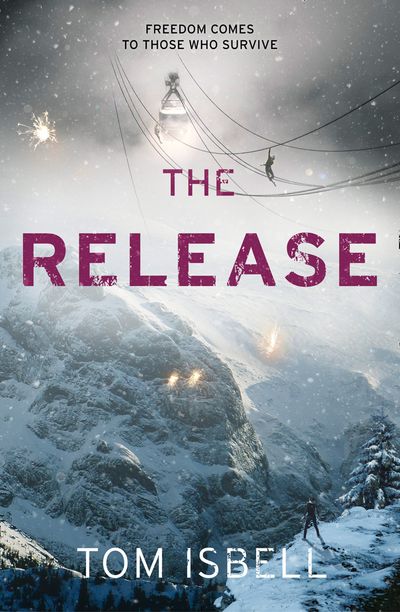 The Release is the thrilling YA conclusion to Tom Isbell’s suspenseful post-apocalyptic Prey series. Perfect for fans of the MAZE RUNNER!

Two months have passed since Book, Cat, Hope, and the two others rescued the remaining Less Thans, but no one is safe yet. The group must leave Liberty for good and escape the wolves, the Brown Shirts and the Hunters. Most important, they need to stop Chancellor Maddox before she executes her Final Solution and grows even more powerful.

But for Hope, the battle has become personal; she must seek her revenge, no matter what the cost.

The PREY trilogy comes to a thrilling conclusion in THE RELEASE, as the group must risk everything – including their lives – in order to defeat their enemies.

Author: Tom Isbell
Format: Other Format
Release Date: 14/02/2017
ISBN: 978-0-00-752825-7
A graduate of the Yale School of Drama and the University of Illinois, Tom Isbell spent his professional career acting in theatre, film and TV. He has written and performed three one-person plays and taken two productions to the Kennedy Center as part of the Kennedy Center American College Theater Festival. He is the former National Playwriting Program chair for Region V of KCACTF.An associate professor at the University of Minnesota Duluth, he was recently named the Albert Tezla Scholar/Teacher of the Year, as well as a Horace T. Morse Distinguished Teacher, the highest undergraduate teaching honor given within the University of Minnesota. He is happily married to Pat Isbell, who is both an actress and elementary school teacher.

The Release is the thrilling YA conclusion to Tom Isbell’s suspenseful post-apocalyptic Prey series. Perfect for fans of the MAZE RUNNER!