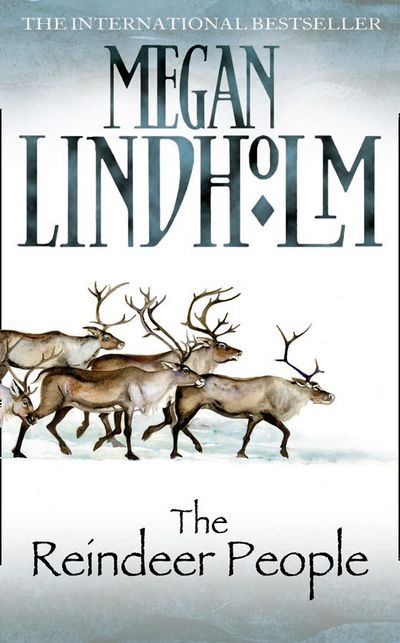 A voyage of discovery into the life of a remote aboriginal community in the Siberian Arctic, where the reindeer has been a part of daily life since Palaeolithic times.

The Reindeer People is the first in a series of reissues of Megan Lindholm’s (Robin Hobb) classic backlist titles. It is set in the harsh wilderness of a prehistoric North America, and tells the story of a tribe of nomads and hunters as they try to survive, battling against enemy tribes, marauding packs of wolves and the very land itself.

Living on the outskirts of the tribe Tillu was happy spending her time tending her strange, slow dreamy child Kerlew and comunning with the spirits to heal the sick and bring blessing on new births.However Carp, the Shaman, an ugly wizened old man whose magic smelled foul to Tillu desired both mother and child. Tillu knew Carp’s magic would steal her son and her soul. Death waited in the snows of the Tundra, but Tillu knew which she would prefer…

Gritty and realistic, it’s reminiscent of Jean Auel’s Clan of the Cave Bear but written in the compelling style of the author who produced the bestselling Assassin’s Apprentice.

Author: Megan Lindholm
Format: Paperback
Release Date: 28/04/2011
Pages: 336
ISBN: 978-0-00-742544-0
Megan Lindholm was born in California in 1952 and majored in Communications at Denver University, Colorado. A winner of both the Hugo and Nebula Award, she wrote a number of successful fantasy novels, including Cloven Hooves, The Windsinger trilogy and Wizard of the Pigeons before taking the name, Robin Hobb. Assassin’s Apprentice was Robin Hobb’s first novel, and was followed by the equally successful Royal Assassin and Assassin’s Quest. She lives outside Seattle, Washington.

A voyage of discovery into the life of a remote aboriginal community in the Siberian Arctic, where the reindeer has been a part of daily life since Palaeolithic times.