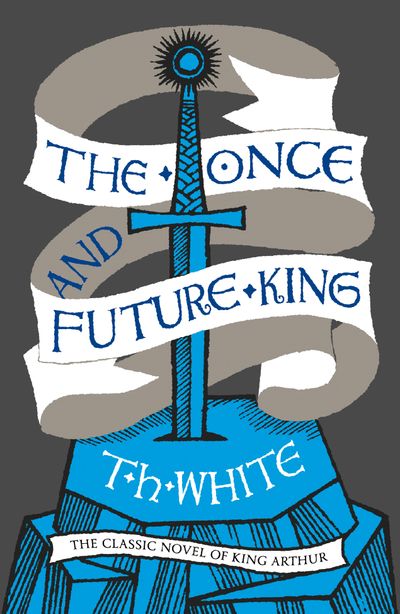 The classic novel of King Arthur.

A beautiful paperback edition of The Once and Future King, White’s masterful retelling of the Arthurian legend.

T.H. White’s masterful retelling of the Arthurian legend is an abiding classic. Here all five volumes that make up the story are published together in a single volume, as White himself always wished.

This is the tale of King Arthur and his shining Camelot; of Merlyn and Owl and Guinevere; of beasts who talk and men who fly; of knights, wizardry and war.

It is the book of all things lost and wonderful and sad; the masterpiece of fantasy by which all others are judged.

Contains The Sword in the Stone, The Witch in the Wood , The Ill-Made Knight, The Candle in the Wind and The Book of Merlyn.

Author: T. H. White
Format: Paperback
Release Date: 15/01/2015
Pages: 864
ISBN: 978-0-00-810858-8
T.H. White died in 1964, leaving a literary legacy that places him alongside J R.R. Tolkien, C. S. Lewis and Mervyn Peake as one of the 20th Century’s greatest British fantasists. He has inspired generations of fantasy writers, from Neil Gaiman to JK Rowling.Born in India in 1906, White studied at Queens' College, Cambridge, where he wrote a thesis on Thomas Malory's Le Morte d'Arthur. He found success with his ‘preface to Malory’, The Sword in the Stone, a wonderfully imaginative retelling of King Arthur’s early life. He continued to explore the Arthurian mythos in four further volumes – The Witch in the Wood, The Ill-Made Knight, The Candle in the Wind and The Book of Merlyn – a sequence collectively known as The Once and Future King. The novels were famously adapted into the Disney film The Sword in the Stone in 1963.

The classic novel of King Arthur.

A beautiful paperback edition of The Once and Future King, White’s masterful retelling of the Arthurian legend.