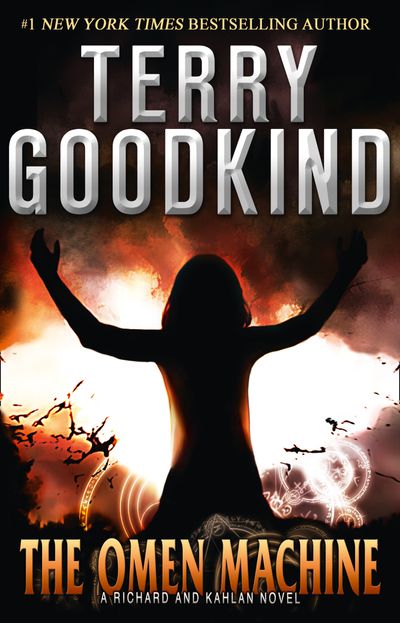 An accident leads to the discovery of a mysterious machine that has rested hidden deep underground for countless millennia. The machine awakens to begin issuing a series of increasingly alarming, if minor, omens. The omens turn out to be astonishingly accurate, and ever more ominous.

As Zedd tries to figure out how to destroy the sinister device, the machine issues a cataclysmic omen involving Richard and Kahlan, foretelling an impending event beyond anyone’s ability to stop. As catastrophe approaches, the machine then reveals that it is within its power to withdraw the omen . . . In exchange for an impossible demand.

Author: Terry Goodkind
Format: Other Format
Release Date: 18/08/2011
ISBN: 978-0-00-744448-9
Goodkind was born and raised in Omaha, Nebraska, where he also attended art school, one of his many interests on the way to becoming a writer. Besides a career in wildlife art, he has been a cabinet maker, violin maker, and he has done restoration work on rare and exotic artifacts from around the world – each with its own story to tell, he says. In 1983 Goodkind moved to the forested mountains he loves. There, in the woods near the ocean, he built the house where he and his wife Jeri live, and came at last to tell his own stories.