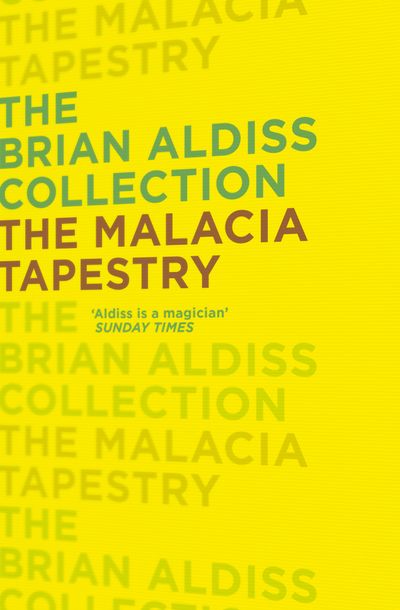 In Malacia, a city where change is forbidden and radical ideas are crushed, a war like no other is about to commence…

Struggling young actor Perian de Chirolo does as he pleases in the timeless city. He is a lover, a fighter and has no thought for consequence, until the magic of Malacia changes and reality begins to catch up with him.

Now de Chirolo must make a choice between his old life, and joining the revolutionaries who will fight to ensure Malacia is never the same again.

Author: Brian Aldiss
Format: Paperback
Release Date: 08/10/2015
Pages: 328
Print on Demand: No stock held, printed to order.
ISBN: 978-0-00-748236-8
Brian Aldiss, OBE, is a fiction and science fiction writer, poet, playwright, critic, memoirist and artist. He was born in Norfolk in 1925. After leaving the army, Aldiss worked as a bookseller, which provided the setting for his first book, The Brightfount Diaries (1955). His first published science fiction work was the story ‘Criminal Record’, which appeared in Science Fantasy in 1954. Since then he has written nearly 100 books and over 300 short stories.

In Malacia, a city where change is forbidden and radical ideas are crushed, a war like no other is about to commence…