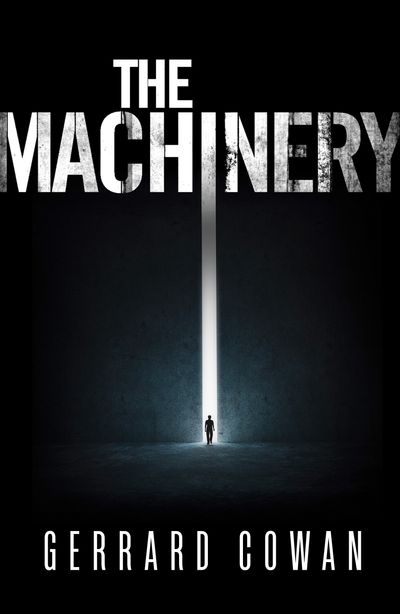 The Machinery knows all.

For ten millennia, the leaders of the Overland have been Selected by the Machinery, an omnipotent machine gifted to the world in darker days.

The Overland has thrived, crushing all enemies. But the Machinery came with a prophecy: it will break in its ten-thousandth year, Selecting just one leader who will bring Ruin to the world. That time has arrived.

Katrina Paprissi is an Apprentice Watcher, charged with seeking out any who doubt the power of the Machinery. But as the Machinery nears breaking point, her own doubts begin to surface. She must travel to its home in the depths of the mysterious Underland, to see if Ruin really is coming for them all…

Author: Gerrard Cowan
Format: Other Format
Release Date: 10/09/2015
ISBN: 978-0-00-810354-5
Gerrard Cowan is the author of The Machinery trilogy, the story of a world whose leaders are chosen by a machine – until the machine breaks.He lives in Ireland with his wife Sarah and their children. His first known work was a collection of poems on monsters, written for Halloween when he was eight; it is sadly lost to civilisation. When he isn't writing strange fantasy books he works as a freelance journalist. He can be found at gerrardcowan.com, at facebook.com/gerrardcowanauthor and @GerrardCowan on Twitter.

The Machinery knows all.