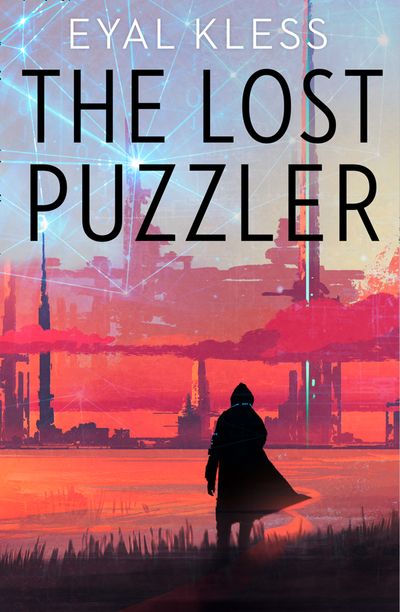 A SAVAGE FUTURE. A VANISHED PAST. A MISSING KEY.

Among the ruins of a civilization beyond their understanding, humanity clings to survival. Guilds vie for control of ancient cities, bandits ride glowing highways, and cyborg adventurers hunt for lost technology.

In the City of Towers, once the heart of the fallen Tarakan empire, a historian searches for clues to explain the disappearance of Rafik, a young boy with extraordinary abilities – a Puzzler.

Marked with strange tattoos and gifted with a miraculous connection to Tarakan technology, Rafik could open doors inside the ruins, uncovering treasures and secrets.

As Rafik’s story is retold, it becomes clear that one lost boy may be the key to reviving a broken world or unleashing a new wave of devastation.

Author: Eyal Kless
Format: Other Format
Release Date: 08/01/2019
ISBN: 978-0-00-827231-9
Eyal Kless is a classical violinist who enjoys an international career both as a performer and a teacher. Born in Israel, Eyal has travelled the world extensively, living several years in Dublin, London, Manchester, and Vienna, before returning to Tel Aviv. His first novel, Rocca’s Violin, was published in Hebrew in 2008 by Korim Publishers. Eyal currently teaches violin in the Buchmann-Mehta School of Music at Tel Aviv University, and performs with the Israel Haydn String Quartet, which he founded. His hobbies (which he takes seriously) include martial arts, politics, computer and role playing games and tickling his daughter, Ella.

A SAVAGE FUTURE. A VANISHED PAST. A MISSING KEY.