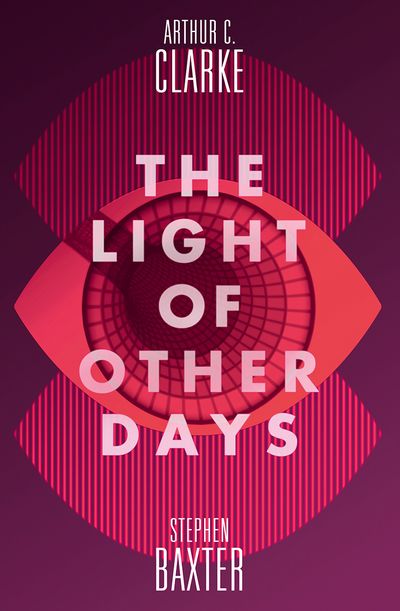 In the most exciting SF collaboration ever, Arthur C. Clarke and his acknowledged heir Stephen Baxter pool talent and unprecedented cosmic insights as well as page-turning plotting skills and breathlessly good writing to produce the most awesome novel of the future since 2001: A Space Odyssey.

’Space is what keeps everything from being in the same place. Right?’ With these words Hiram Patterson, head of the giant media corporation OurWorld, launches the greatest communications revolution in history. With OurWorld’s development of wormhole technology, any point in space can be connected to any other, faster than the speed of light. Realtime television coverage is here: earthquakes and wars, murders and disasters can be watched, exactly as they occur, anywhere on the planet.

Then WormCams are made to work across time as well as space. Humanity encounters itself in the light of other days. We witness the life of Jesus, go to the premiere of Hamlet, solve the enigmas that have baffled generations. Blood spilled centuries ago flows vividly once more – and no personal treachery or shame can be concealed.

But when the world and everything in it becomes as transparent as glass and there are no more secrets, people find new ways to gain vengeance and commit crime. And Hiram Patterson meanwhile will try to keep his deadly schemes secret – but even he, its creator, cannot anticipate the power of the all-seeing WormCam.

Author: Arthur C. Clarke and Stephen Baxter
Format: Other Format
Release Date: 08/07/2010
ISBN: 978-0-00-737951-4
Stephen Baxter applied to become an astronaut in 1991. He didn’t make it, but achieved the next best thing by becoming a science fiction writer, and his novels and short stories have been published and have won awards around the world. His science background is in maths and engineering. He is married and lives in Northumberland.

In the most exciting SF collaboration ever, Arthur C. Clarke and his acknowledged heir Stephen Baxter pool talent and unprecedented cosmic insights as well as page-turning plotting skills and breathlessly good writing to produce the most awesome novel of the future since 2001: A Space Odyssey.