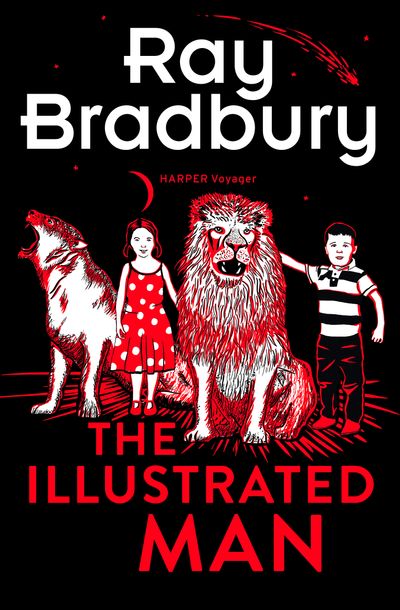 A classic collection of stories – all told on the skin of a man – from the author of Fahrenheit 451.

If El Greco had painted miniatures in his prime, no bigger than your hand, infinitely detailed, with his sulphurous colour and exquisite human anatomy, perhaps he might have used this man’s body for his art…

Yet the Illustrated Man has tried to burn the illustrations off. He’s tried sandpaper, acid, and a knife. Because, as the sun sets, the pictures glow like charcoals, like scattered gems. They quiver and come to life. Tiny pink hands gesture, tiny mouths flicker as the figures enact their stories – voices rise, small and muted, predicting the future.

Here are sixteen tales: sixteen illustrations… the seventeenth is your own future told on the skin of the Illustrated Man.

Author: Ray Bradbury
Format: Other Format
Release Date: 14/02/2013
ISBN: 978-0-00-749698-3
One of the greatest science fiction and fantasy writers of all time, Ray Bradbury was born in Waukegan, Illinois, in 1920. He moved with his family to Los Angeles in 1934. Since his first story appeared in Weird Tales when he was twenty years old, he published some 500 short stories, novels, plays, scripts and poems. Among his many famous works are Fahrenheit 451, The Illustrated Man and The Martian Chronicles. Ray Bradbury died in 2012 at the age of 91.

A classic collection of stories – all told on the skin of a man – from the author of Fahrenheit 451.