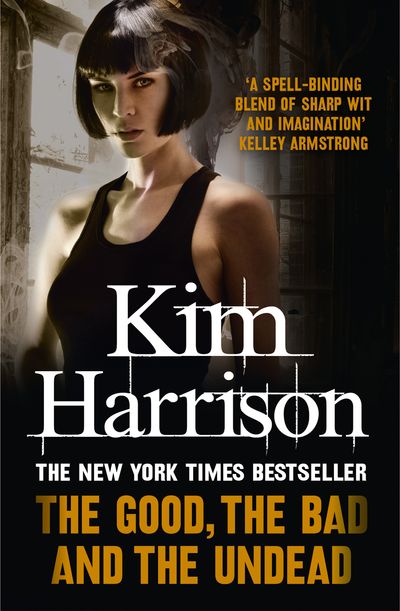 The Good, The Bad and The Undead

From New York Times best-selling author, Kim Harrison, comes the second book in her brilliant series, The Hollows; packed with vampires, werewolves and witches – don’t miss out on this sexy urban fantasy.

During the last few months, former bounty-hunter Rachel Morgan has been rather busy.

Having escaped relatively unscathed from her corrupt former employers, she’s not only acquired a vampiric room-mate called Ivy, faced werewolf assassins and battled shape-shifting demons, but has also found the time to pick up a boyfriend (even if he is only human) and open her very own runner agency.

But cohabiting with a vampire, however reformed, has its dangers. Ivy’s evil vampire ex-boyfriend has decided that he wants her back, and views Rachel as a tasty side-dish. To make matters worse, Rachel’s demon mark is the ultimate vamp-aphrodisiac; one that works both ways.

The stakes are high, and if Rachel is to save herself and her room mate she must challenge the master vampire and confront the dark secrets she’s kept hidden even from herself.

Author: Kim Harrison
Format: Other Format
Release Date: 24/06/2010
ISBN: 978-0-00-730187-4
Kim Harrison was born and raised in the upper Midwest. After gaining her bachelors in the sciences, she moved to South Carolina, where she remained until recently moving back to Michigan because she missed the snow. When not at her desk, she's most likely to be found landscaping her new/old Victorian home, or scouring antique shops to fill it.

The Good, The Bad and The Undead

From New York Times best-selling author, Kim Harrison, comes the second book in her brilliant series, The Hollows; packed with vampires, werewolves and witches - don’t miss out on this sexy urban fantasy.