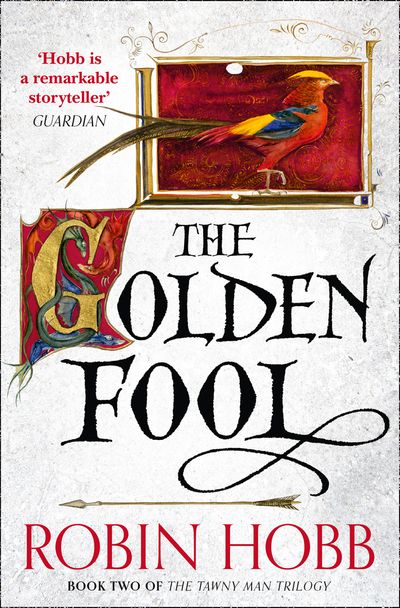 The second book in Robin Hobb’s thrilling fantasy series returns readers to the Six Duchies and the magical world of the Fitz and the Fool.

Fitz has been persuaded back to court, posing as a servant to the decadent Lord Golden (who is the Fool in disguise). In secret, he will train Prince Dutiful in the magic known as the Skill.

The peace remains fragile, so the diplomatic wedding between Dutiful and the Outislander princess is a crucial alliance. But when Elliania arrives she challenges the prince to undertake an impossible quest before she will accept him.

He must kill Icefyre, one of the last true dragons. And Fitz and the Fool must go with him…

Author: Robin Hobb
Format: Paperback
Release Date: 31/07/2014
Pages: 640
ISBN: 978-0-00-758590-8
Robin Hobb is one of the world’s finest writers of epic fiction.She was born in California in 1952 but raised in Alaska, where she learned how to raise a wolf cub, to skin a moose and to survive in the wilderness. When she married a fisherman who fished herring and the Kodiak salmon-run for half the year, these skills would stand her in good stead. She raised her family, ran a smallholding, delivered post to her remote community, all at the same time as writing stories and novels. She succeeded on all fronts, raising four children and becoming an internationally best-selling writer. She lives in Tacoma, Washington State.

The second book in Robin Hobb’s thrilling fantasy series returns readers to the Six Duchies and the magical world of the Fitz and the Fool.