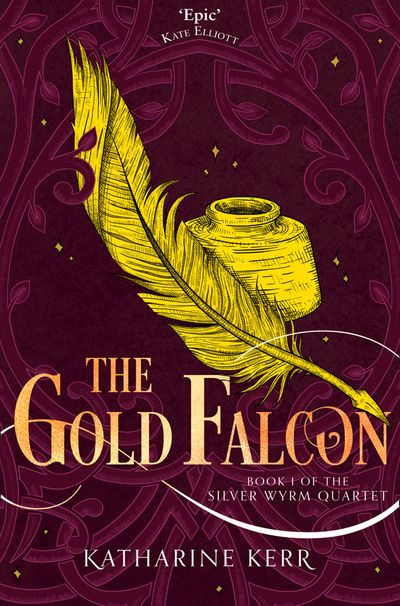 The powerful dweomermaster Nevyn has been reincarnated, but young Neb knows nothing of his previous life. Orphaned following a cholera epidemic, Neb and his younger brother arrive at the desolate farm of their last living relative and soon learn that a worse plague lurks beyond the western border of Deverry.

The savage Horsekin tribes, spurred on by their new goddess, Alshandra, are raiding the villages and taking slaves as the first step in their plans to destroy both the nomadic Westfolk and the Deverrian farmers. Neb finds love and danger as he and his soulmate Branna are drawn inexorably into a war for the survival of the kingdom itself.

Although they have powerful allies in the Westfolk dweomermasters Dallandra and Salamander, they are also facing mighty enemies, enemies that they have fought before in the past lives that they no longer remember…

Author: Katharine Kerr
Format: Other Format
Release Date: 28/06/2012
ISBN: 978-0-00-737115-0
Born in Ohio, 1944, Katharine Kerr moved to the San Francisco Bay Area in 1962 and has lived there ever since. She has read extensively in the fields of classical archaeology, and medieval and Dark Ages history and literature, and these influences are clear in her work. Her epic Deverry series has won widespread praise and millions of fans around the world.