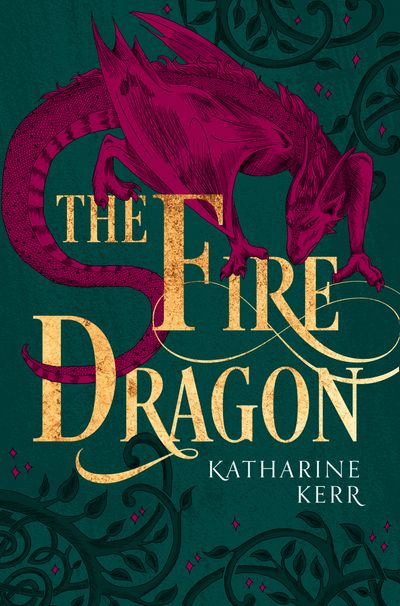 The Fire Dragon tells two separate stories: one set in the “present” of 1117, and one set in the past, the era of the Civil Wars. In the present, Raena’s trouble-making in Cerr Cawnen leads to terrible death and destruction but may ultimately succeed in offering the final working-out of Rhodry’s Wyrd. In the past, Nevyn and Lilli attempt to solve the riddle of the curse tablet, but the price will be high.

In this, the eleventh volume in the Deverry cycle and third of the Dragon Mage series, storylines begun in Dawnspell: The Bristling Wood, A Time of Exile and The Black Raven – both the ‘present’ of 1117 and the past – will reach their triumphant and spellbinding conclusion. But there will be more Deverry books to unravel the situation that climaxes The Fire Dragon…

Author: Katharine Kerr
Format: Other Format
Release Date: 24/06/2010
ISBN: 978-0-00-737538-7
Born in Ohio, 1944. Moved to San Francisco Bay Area in 1962 and has lived there ever since. Katharine Kerr has read extensively in the fields of classical archaeology, and medieval and Dark Ages history and literature, and these influences are clear in her work. Her epic Deverry series has won widespread praise and millions of fans around the world.