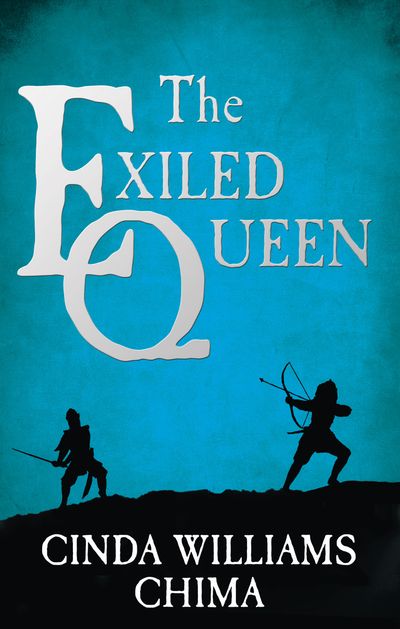 You can’t always run from danger…

Haunted by the loss of his mother and sister, Han Alister journeys south to begin his schooling at Mystwerk House in Oden’s Ford. But leaving the Fells doesn’t mean danger isn’t far behind. Han is hunted every step of the way by the Bayars, a powerful wizarding family set on reclaiming the amulet Han stole from them. And Mystwerk House has dangers of its own. There, Han meets Crow, a mysterious wizard who agrees to tutor Han in the darker parts of sorcery – but the bargain they make is one Han may soon regret.

Meanwhile, Princess Raisa ana’Marianna runs from a forced marriage in the Fells, accompanied by her friend Amon and his triple of cadets. Now, the safest place for Raisa is Wein House, the military academy at Oden’s Ford. If Raisa can pass as a regular student, Wein House will offer both sanctuary and the education Raisa needs to succeed as the next Gray Wolf queen.

The Exiled Queen is an epic tale of uncertain friendships, cut-throat politics, and the irresistible power of attraction.

Author: Cinda Williams Chima
Format: Other Format
Release Date: 24/02/2011
ISBN: 978-0-00-738421-1
Cinda Williams Chima began writing romance novels in middle school, which were frequently confiscated by her English teacher. She is the author of the New York Times bestselling Heir series of young adult fantasy novels. A graduate of the University of Akron and Case Western Reserve University, Cinda has been a freelance writer and columnist for the Plain Dealer and other publications. Cinda has a marginal knowledge of popular culture, but she has never forgotten what it was like to be a teen. She lives in Ohio with her husband and two sons. Her new fantasy series, The Demon King, released in Autumn 2009.