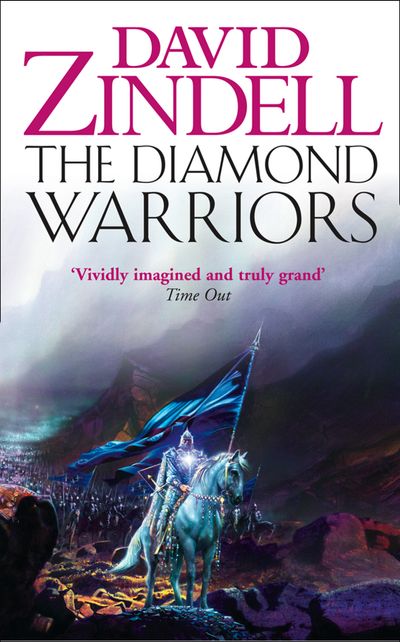 From the author of ‘Neverness’ comes a powerful epic fantasy series, the Ea Cycle, as rich as Tolkien and as magical as the Arthurian myths. This is the climactic final volume.

The world of Ea is an ancient world settled in eons past by the Star People. However, their ancestors floundered in their purpose to create a great stellar civilisation on the new planet: they fell into moral decay.

Now a champion has been born who will lead them back to greatness, by means of a spiritual – and adventurous – quest for Ea’s Grail: the Lightstone.

His name is Valashu Elahad, and he is destined to become King. Blessed (or cursed?) with an empathy for all living things, he will lead his people into the lands of Morjin, into the heart of darkness, wielding a magical sword called Alkadadur, there to recover the mythical Lightstone and return in triumph with his prize.

But Morjin is not to be vanquished so easily…

This is the fourth and final volume of the epic Ea Cycle. The battle will be fought, mysteries unravelled, the courage of Valashu tested to its limit. The reason the Valari came to Ea from the stars will be made known.

Author: David Zindell
Format: Other Format
Release Date: 23/03/2017
ISBN: 978-0-00-738653-6
David Zindell’s short story Shanidar was a prize-winning entry in the L. Ron Hubbard Writers of the Future contest. He was nominated for the ‘best new writer’ Hugo Award in 1986. Gene Wolfe declared Zindell as ‘one of the finest talents to appear since Kim Stanley Robinson and William Gibson – perhaps the finest.’ His first novel, ‘Neverness’, was published to great acclaim.

From the author of ‘Neverness’ comes a powerful epic fantasy series, the Ea Cycle, as rich as Tolkien and as magical as the Arthurian myths. This is the climactic final volume.