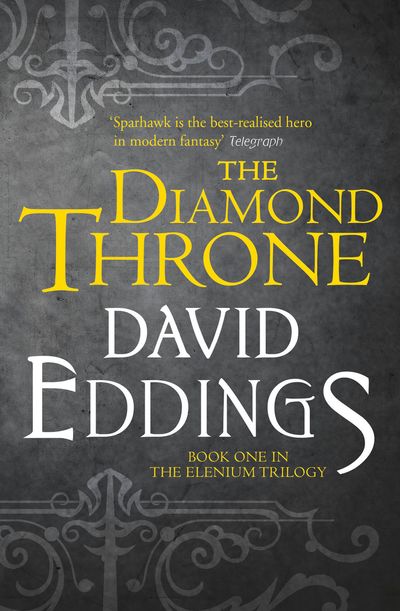 Book One of the classic ELENIUM series introducing the Pandion Knight Sparhawk.

After a long exile, Pandion Knight Sparhawk returns to his native land to find his young queen grievously ill.

Ehlana has been poisoned and will die unless a cure can be found within a year. The life force of twelve of her sworn knights is all that sustains her; but one knight will be lost within the passing of each month if the antidote isn’t found.

To save his queen, his comrades, and the stability of the kingdom, Sparhawk begins the search for the cure, only to discover a greater and more pervasive evil than he could ever have imagined.

Author: David Eddings
Format: Paperback
Release Date: 12/03/2015
Pages: 496
ISBN: 978-0-00-757897-9
David Eddings was one of the original masters of epic fantasy. During a writing career that spanned more than three decades, David and his wife Leigh co-authored over thirty bestselling novels and created some of the world’s most loved characters. The Belgariad, The Malloreon, The Elenium and The Tamuli series are among their most famous work.

Book One of the classic ELENIUM series introducing the Pandion Knight Sparhawk.