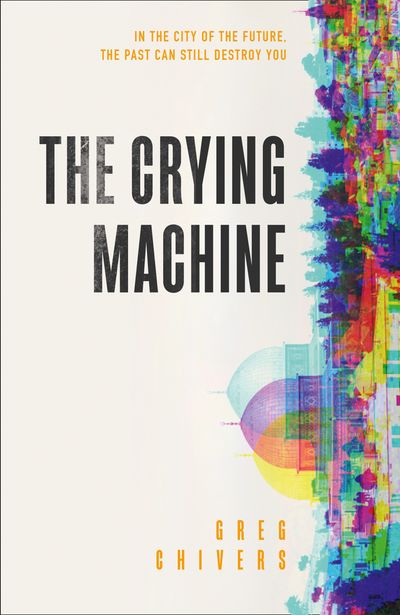 A sharp, lyrical thriller of power, religion, and artificial intelligence.

The world has changed, but Jerusalem endures. Overlooked by new superpowers, the Holy City of the future is a haven of spies and smugglers, exiles and extremists.

A refugee with strange technological abilities searches for a place to disappear.

An ambitious young criminal plots the heist that could make or destroy him.

A corrupt minister harnesses the power of the past in a ruthless play for power.

Author: Greg Chivers
Format: Other Format
Release Date: 04/04/2019
ISBN: 978-0-00-830879-7
Greg Chivers is a writer and television producer. For twenty years he has been making documentaries about science and history, including What on Earth?, Science Channel’s most successful series of all time, and NASA’s Unexplained Files, which made global news headlines. Greg is a graduate of the Curtis Brown creative writing course and the Faber Academy. The Crying Machine is his first novel.

A sharp, lyrical thriller of power, religion, and artificial intelligence.