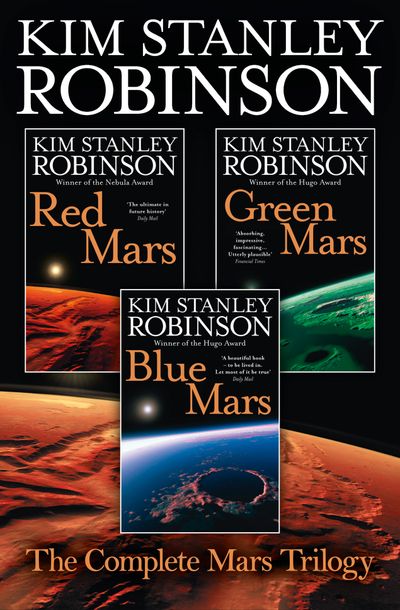 All three volumes of the worldwide bestselling Mars trilogy.

From the first pioneers who looked back at Earth and saw a small blue star, to the first colonists – hand-picked scientists with the skills necessary to create life from cold desert – Red Mars is the story of a new genesis. It is also the story of how Man must struggle against his own self-destructive mechanisms to achieve his dreams: before he even sets foot on the red planet, factions are forming, tensions are rising and violence is brewing… for civilization can be very uncivilized.

Author: Kim Stanley Robinson
Format: Other Format
Release Date: 30/07/2015
ISBN: 978-0-00-812177-8
Kim Stanley Robinson was born in 1952. After travelling and working around the world, he settled in his beloved California. He is widely regarded as the finest science fiction writer working today, noted as much for the verisimilitude of his characters as the meticulously researched hard science of his work. He has won just about every major sf award there is to win.

All three volumes of the worldwide bestselling Mars trilogy.