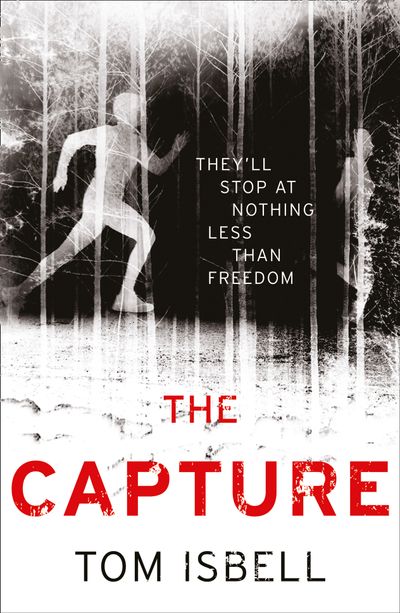 THE MAZE RUNNER meets THE HUNGER GAMES in this heart-pounding teen trilogy. This daring sequel to THE PREY is a riveting story of survival, courage and doing what’s right, no matter how hard.

Every night I dreamt of the bunker beneath the tennis court. I couldn’t let it go. As bad as the memory was, my dreams only made it worse . . . It was why we had to get back to Camp Liberty. Why we had to free them, too.

Book, Hope and Cat can’t settle into their new free lives knowing that other LTs and Sisters are still imprisoned at the camp. But with new enemies lurking in the shadows, a rescue mission will not be easy. The group must put their fate in the hands of unexpected allies, but at what cost? They must ask themselves what they’re willing to do to free their friends – and what will happen if the place they left behind is no longer the way it was.

Author: Tom Isbell
Format: Paperback
Release Date: 28/01/2016
Pages: 448
ISBN: 978-0-00-752822-6
A graduate of the Yale School of Drama and the University of Illinois, Tom Isbell spent his professional career acting in theatre, film and TV. He has written and performed three one-person plays and taken two productions to the Kennedy Center as part of the Kennedy Center American College Theater Festival. He is the former National Playwriting Program chair for Region V of KCACTF.An associate professor at the University of Minnesota Duluth, he was recently named the Albert Tezla Scholar/Teacher of the Year, as well as a Horace T. Morse Distinguished Teacher, the highest undergraduate teaching honor given within the University of Minnesota. He is happily married to Pat Isbell, who is both an actress and elementary school teacher.

THE MAZE RUNNER meets THE HUNGER GAMES in this heart-pounding teen trilogy. This daring sequel to THE PREY is a riveting story of survival, courage and doing what’s right, no matter how hard.