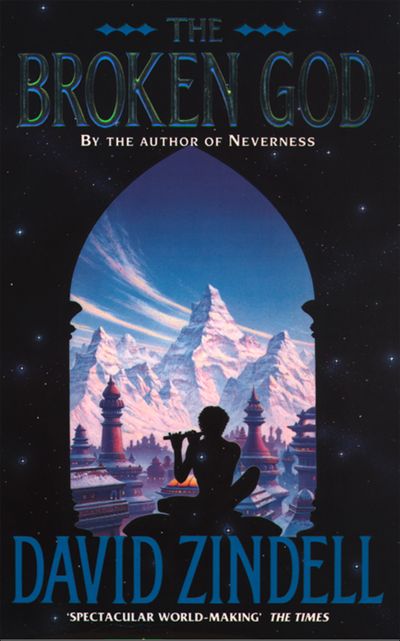 Book One of David Zindell’s epic trilogy set in Neverness, legendary City of Light, where inner space and outer space meet … where the god programme is up and running.

Into its maze of colour-coded streets of ice a wild boy stumbles, starving, frostbitten and grieving, a spear in his hand: Danlo the Wild, a messenger from the deep past of man. Brought up from Neverness by the Alaloi people, Neanderthal cave-dwellers, Danlo alone of his tribe has survived a plague – because he is not, as he thought, a misshaped Neanderthal, but human with immunity engineered into his genes. He learns that the disease was created by the sinister Architects of the Universal Cybernetic Church. The Architects possess a cure which can save other Alaloi tribes. But the Architects have migrated to the region of space known as the Vild, and there they are killing stars.

All of civilisation has converged on Neverness through the manifold of space travel. Beyond science, beyond decadence, sects and disciplines multiply there. Danlo, his mind shaped by the primitive man, brings to Neverness a single long-lost memory that will change them all.

Author: David Zindell
Format: Other Format
Release Date: 23/03/2017
ISBN: 978-0-00-812239-3
David Zindell’s short story Shanidar was a prize-winning entry in the L. Ron Hubbard Writers of the Future contest. He was nominated for the ‘best new writer’ Hugo Award in 1986. Gene Wolfe declared Zindell as ‘one of the finest talents to appear since Kim Stanley Robinson and William Gibson – perhaps the finest.’ His first novel, Neverness, was published to great acclaim.

Book One of David Zindell’s epic trilogy set in Neverness, legendary City of Light, where inner space and outer space meet … where the god programme is up and running.