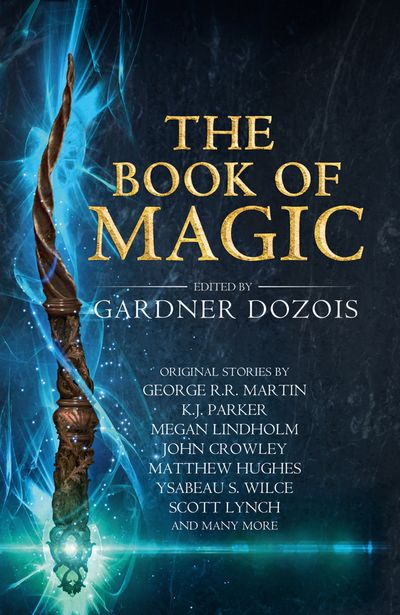 The Book of Magic

By Edited by Gardner Dozois
Retailers

An anthology celebrating the witches and sorcerers of epic fantasy–featuring stories by George R. R. Martin, Scott Lynch, Megan Lindholm, and many more!

Hot on the heels of Gardner Dozois’s (Rogues, Old Venus) acclaimed anthology The Book of Swords comes this companion volume devoted to magic. How could it be otherwise? For every Frodo, there is a Gandalf…and a Saruman. For every Dorothy, a Glinda…and a Wicked Witch of the West. What would Harry Potter be without Albus Dumbledore…and Severus Snape?

Figures of wisdom and power, possessing arcane, often forbidden knowledge, wizards and sorcerers are shaped–or misshaped–by the potent magic they seek to wield. Yet though their abilities may be godlike, these men and women remain human…some might say all too human. Such is their curse. And their glory.

Author: Edited by Gardner Dozois
Format: Other Format
Release Date: 18/10/2018
ISBN: 978-0-00-829581-3
Gardner Dozois was a highly acclaimed science fiction and fantasy editor and novelist who won fifteen Hugo Awards for his editorial work. He was Editor of Asimov’s Science Fiction magazine and was inducted into the Science Fiction Hall of Fame in 2011. He passed away in May 2018.

The Book of Magic

An anthology celebrating the witches and sorcerers of epic fantasy–featuring stories by George R. R. Martin, Scott Lynch, Megan Lindholm, and many more!