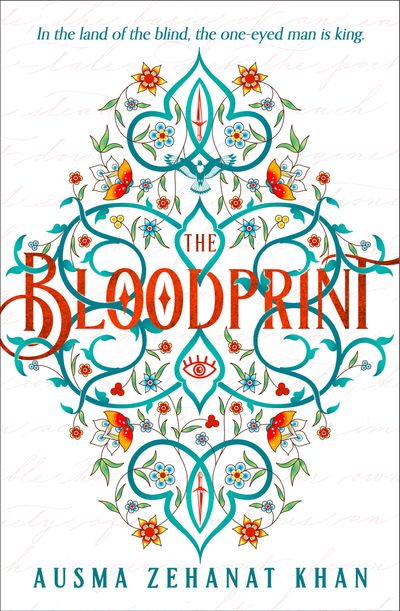 The author of the acclaimed mystery The Unquiet Dead delivers her first fantasy novel—the opening installment in a thrilling quartet—a tale of religion, oppression, and political intrigue that radiates with heroism, wonder, and hope.

A dark power known as the Talisman has risen in the land. Born of ignorance and persecution, it is led by a man known only as the One-Eyed Preacher. A superstitious patriarchy, cruel and terrifying, the Talisman suppresses knowledge and subjugates women. And it is growing.

But there are those who seek to stop the oppressive spread of the Talisman. A resistance formed of the Companions of Hira – a group of rebels versed in the power of ancient scripture, a magic known as the Claim – believe they have discovered the key to destroying the One-Eyed Preacher and his fervid followers: The Bloodprint.

Author: Ausma Zehanat Khan
Format: Other Format
Release Date: 19/10/2017
ISBN: 978-0-00-817159-9
AUSMA ZEHANAT KHAN holds a Ph.D. in International Human Rights Law with a specialization in military intervention and war crimes in the Balkans. She is the award-winning author of The Unquiet Dead. She is a former adjunct law professor and was Editor-in-Chief of Muslim Girl magazine, the first magazine targeted to young Muslim women. A British-born Canadian, Khan now lives in the USA with her husband.

The author of the acclaimed mystery The Unquiet Dead delivers her first fantasy novel—the opening installment in a thrilling quartet—a tale of religion, oppression, and political intrigue that radiates with heroism, wonder, and hope.