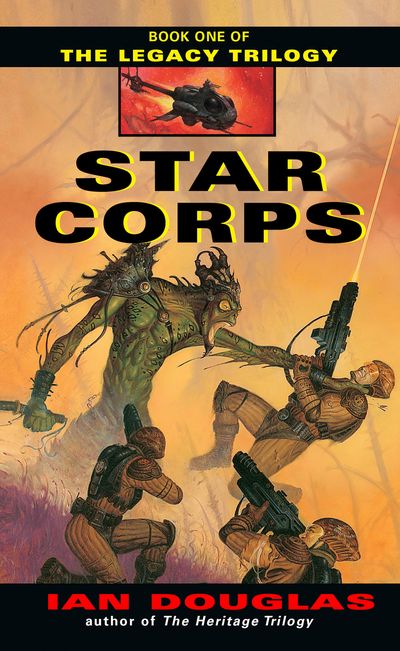 In the future, earth’s warriors have conquered the heavens. But on a distant world, humanity is in chains…

Many millennia ago, the human race was enslaved by the An – a fearsome alien people whose cruel empire once spanned the galaxies, until they were defeated and consigned to oblivion. But a research mission to the planet Ishtar has made a terrifying – and fatal – discovery: the Ahanu, ancestors of the former masters, live on, far from the reach of Earth – born weapons and technology … and tens of thousands of captive human souls still bow to their iron will.

Now Earth’s Interstellar Marine Expeditionary Unit must undertake a rescue operation as improbable as it is essential to humankind’s future, embarking on a ten-year voyage to a hostile world to face an entrenched enemy driven by dreams of past glory and intent once more on domination. For those who, for countless generations, have known nothing but toil and subjugation must be granted, at all costs, the precious gift entitled to all of their star-traveling kind: freedom!

Author: Ian Douglas
Format: Other Format
Release Date: 04/04/2013
ISBN: 978-0-00-748372-3
Ian Douglas is the author of the popular military SF series The Heritage Trilogy, The Legacy Trilogy, and The Inheritance Trilogy. A former naval corpsman, he lives in Pennsylvania.

In the future, earth's warriors have conquered the heavens. But on a distant world, humanity is in chains…