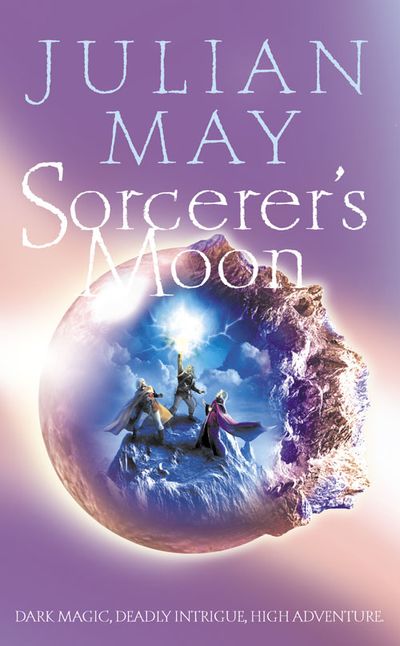 For sixteen years King Conrig Ironcrown has ruled High Blenholme, battling both to preserve the Sovereignty he ruthlessly established over the four provinces of the island kingdom and to repel the invading Salka monsters that threaten them all. His hope for the future is his heir, Prince Orrion, whose betrothal to a princess of the province of Didion should assure the future peace of High Blenholme. But Orrion has no interest in the girl, and is determined to marry instead his childhood sweetheart, Lady Nyla.

Orrion’s madcap twin, Corodon, dreams up a scheme to keep Orry and Nyla together by asking the supernatural Beaconfolk, who appear as lights in the sky, for a magical intercession. The twins are unaware that the Beaconfolk are fighting their own battle with others of their kind; to them all humans, even princes, are but pawns to be used in their own conflict. Their granting of Orrion’s wish comes in a manner the twins far from expected, and precipitates chaotic infighting amongst the folk of High Blenholme.

As battles rage both on the ground and in the sky, the only hopes for peace can be found deep in King Conrig’s murky past. His former spy, Deveron Austrey, has secret magical powers and no love for the Beaconfolk. And while many of his subjects no longer remember the King’s first wife, Maudrayne, she has never forgotten that her son is the true heir to the throne of High Blenholme.

Author: Julian May
Format: Other Format
Release Date: 01/04/2010
ISBN: 978-0-00-737114-3
Julian May is the author of the Saga of the Pliocene Exile (The Many-Coloured Land, The Golden Torc, The Nonborn King), The Galactic Millieu Trilogy, Black Trillium (with Marion Zimmer Bradley and Andre Norton), Blood Trillium and Sky Trillium, and most recently The Rampart Worlds. The author lives in the state of Washington.