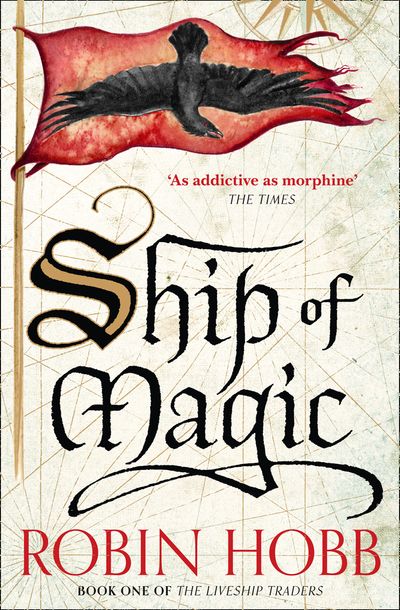 On the northernmost point of the Cursed Shores lies Bingtown, a bustling hub of exotic trade and home to a proud merchant nobility famed for its extraordinary vessels.

Only Bingtown liveships can negotiate the perilous waters of the Rain Wild River and plunder the riches found upstream, but such vessels are made from the most precious commodity in the world – a material with the ability to become sentient – and so are extremely rare.

The fortunes of one of Bingtown’s oldest families rest on the newly awakened liveship Vivacia. For Althea Vestrit, the ship is her rightful legacy. But the fate of Vivacia – and the Vestrits – may ultimately lie in the hands of the dark and charming pirate, Kennit, who lusts after such a ship and has plans of his own . . .

Author: Robin Hobb
Format: Other Format
Release Date: 01/09/2011
ISBN: 978-0-00-738346-7
Robin Hobb is one of the world’s finest writers of epic fiction.She was born in California in 1952 but raised in Alaska, where she learned how to raise a wolf cub, to skin a moose and to survive in the wilderness. When she married a fisherman who fished herring and the Kodiak salmon-run for half the year, these skills would stand her in good stead. She raised her family, ran a smallholding, delivered post to her remote community, all at the same time as writing stories and novels. She succeeded on all fronts, raising four children and becoming an internationally best-selling writer. She lives in Tacoma, Washington State.