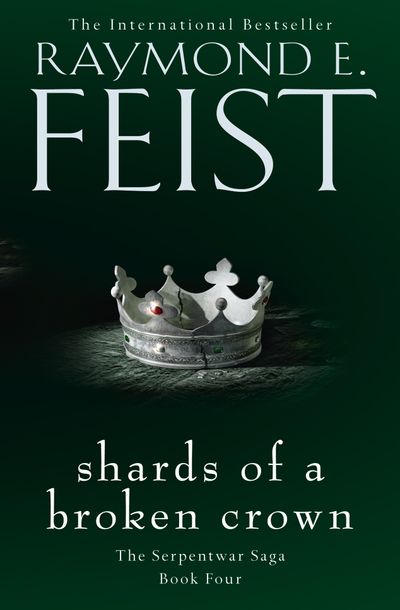 Shards of a Broken Crown

The fourth novel in the bestselling Serpentwar series.

The enemy has been routed, yet peace still eludes the Kingdom. Midkemia lies in smouldering ruins following the Demon King’s siege.

And a new threat is arising from the ashes of war: the fearsome Fadawah, former Commanding General of the Army of the Emerald Queen. He has grasped the fallen reins of command and seeks to forge a personal empire out of the wreckage of the Western Realm.

And so it falls to two young men – Jimmy and Dash – grandsons of the late Duke James, to gather the shards of the broken crown and resurrect the Kingdom to its former glory.

Author: Raymond E. Feist
Format: Paperback
Release Date: 04/06/2015
Pages: 512
ISBN: 978-0-00-812086-3
Raymond E. Feist was born and raised in Southern California. He was educated at the University of California, San Diego, where he graduated with honours in Communication Arts. He is the author of the bestselling and critically acclaimed Riftwar saga among other books.

Shards of a Broken Crown

The fourth novel in the bestselling Serpentwar series.