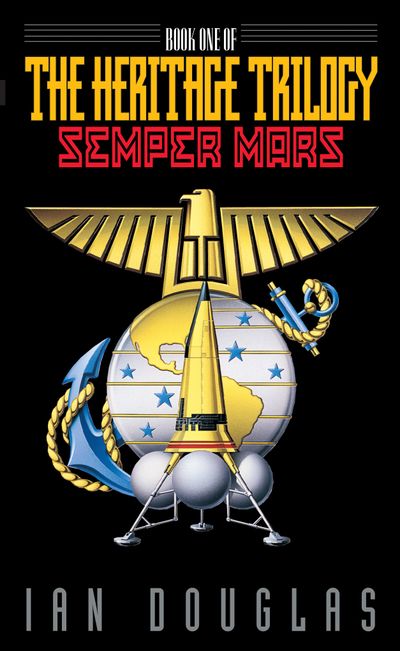 The Marines have landed on Mars to guard the unearthed secrets of an ancient and dangerous alien race: Ourselves.

Scientists have discovered something astonishing in the subterranean ruins of a sprawling Martian city: startling evidence of an alternative history that threatens to split humanity into opposing factions and plunge the Earth into chaos and war. The USMC – a branch of a military considered, until just recently, to be obsolete – has dispatched the Marine Mars Expeditionary Force, a thirty-man weapons platoon, to the Red Planet to protect American civilians and interest with lethal force if necessary.

Because great powers are willing to devastate a world in order to keep an ancient secret buried. Because something that was hidden in the Martian dust for half a million years has just been unearthed . . . something that calls into question every belief that forms the delicate foundation of civilization . . .

Author: Ian Douglas
Format: Other Format
Release Date: 06/12/2012
ISBN: 978-0-00-748298-6
Ian Douglas is the author of the popular military SF series The Heritage Trilogy, The Legacy Trilogy, and The Inheritance Trilogy. A former naval corpsman, he lives in Pennsylvania.

The Marines have landed on Mars to guard the unearthed secrets of an ancient and dangerous alien race: Ourselves.