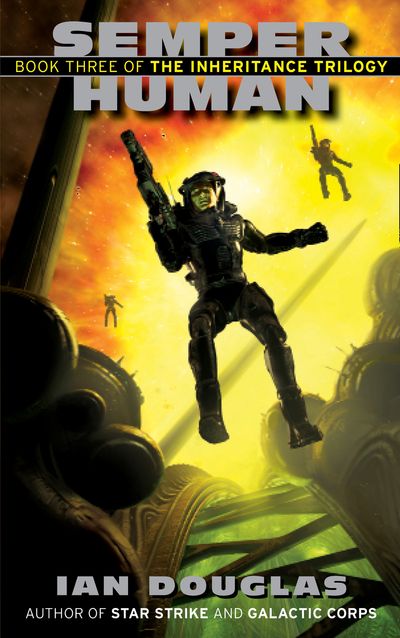 The final conflict has arrived…

Chaos has erupted throughout the known galaxy, threatening countless colonies and orbital habitats—as the Associative struggles vainly to keep the peace. Extreme measures are called for in these times of dire crisis, and the Star Marines are awakened from their voluntary 850-year cybe-hibe sleep. But General Trevor Garroway and his warriors are about to discover that the old rules of engagement have drastically changed . . .

The end begins with an old-style assault on rebels at the Tarantula Stargate. But true terror looms at the edges of known reality. Humankind’s eternal enemy—the brutal, unstoppable Xul—approaches, wielding a weapon monstrous beyond imagining. Suddenly not only is the future in jeopardy, but the past is as well—and if the Marines fail to eliminate their relentless xenophobic foe once and for all, the Great Annihilator will obliterate every last trace of human existence.

Author: Ian Douglas
Format: Other Format
Release Date: 14/03/2013
ISBN: 978-0-00-748382-2
Ian Douglas is the author of the popular military SF series The Heritage Trilogy, The Legacy Trilogy, and The Inheritance Trilogy. A former naval corpsman, he lives in Pennsylvania.

The final conflict has arrived…