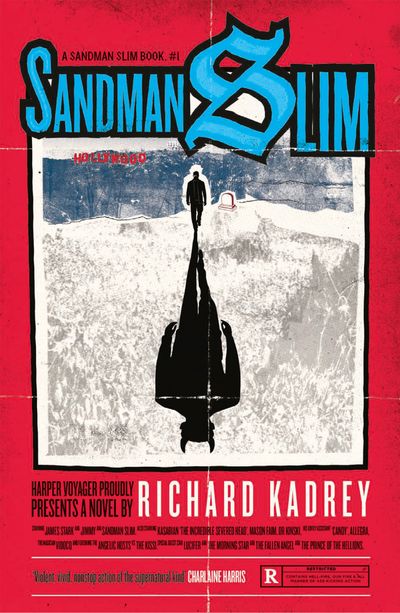 Supernatural fantasy has a new antihero in Sandman Slim, star of this gripping, gritty new series by Richard Kadrey

Life sucks and then you die. Or, if you’re James Stark, you spend eleven years in Hell as a hitman before finally escaping, only to land back in the hell-on-earth that is Los Angeles.

Now Stark’s back, and ready for revenge. And absolution, and maybe even love. But when his first stop saddles him with an abusive talking head, Stark discovers that the road to absolution and revenge is much longer than you’d expect, and both Heaven and Hell have their own ideas for his future.

Darkly twisted, irreverent, and completely hilarious, Sandman Slim is the breakthrough novel by an acclaimed author.

Author: Richard Kadrey
Format: Other Format
Release Date: 07/06/2012
ISBN: 978-0-00-744599-8
Richard Kadrey is the New York Times bestselling author of the Sandman Slim supernatural noir books. Sandman Slim was included in Amazon’s ‘100 Science Fiction & Fantasy Books to Read in a Lifetime’, and is in development as a feature film. His other books include Hollywood Dead, The Everything Box, Metrophage, and Butcher Bird, and he also writes comics and screenplays. He lives in San Francisco.

Supernatural fantasy has a new antihero in Sandman Slim, star of this gripping, gritty new series by Richard Kadrey