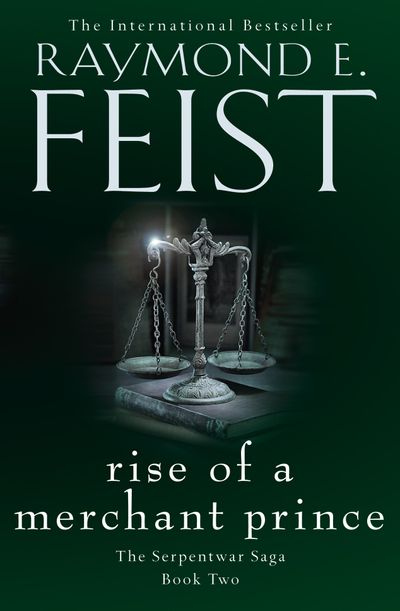 The second book in the bestselling Serpentwar series.

After a harrowing brush with the armies of the Emerald Queen Roo Avery is now free to choose his own destiny. His ambition is to become one of the most powerful merchants in Midkemia.

But nothing can prepare him for the dangers of the new life he has chosen, where the repayment of a debt can be as deadly as a knife in the shadows and betrayal is always close at hand.

But the war with the Emerald Queen is far from over and the inevitable confrontation will pose the biggest threat yet to Roo’s newfound wealth and power.

Author: Raymond E. Feist
Format: Other Format
Release Date: 13/09/2012
ISBN: 978-0-00-737021-4
Feist is one of the world’s leading fantasy writers. His Riftwar and Serpentwar Sagas have been global bestsellers for years.Born and raised in Southern California, Raymond E. Feist was educated at the University of California, San Diego, where he graduated with honours in Communication Arts. He is the author of the bestselling and critically acclaimed Riftwar Saga.

The second book in the bestselling Serpentwar series.