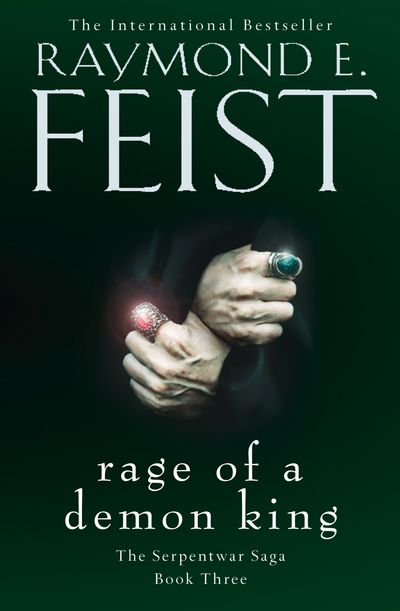 The third book in the bestselling Serpentwar series.

As the Emerald Queen’s shadow lengthens once more across the land of Midkemia, her forces stand ready to launch a devastating invasion.

Come the battle’s dawn, the magician Pug and his life-long friend Tomas will discover that something far worse than the Queen’s sorcery is afoot. For an insatiable nightmare creature has entered their world, seeking to own and corrupt the source of life itself.

When the final conflict is joined, reptile will stand against man and magician against demon; and those who battle for good must be victorious . . . or all is doomed.

Author: Raymond E. Feist
Format: Other Format
Release Date: 13/09/2012
ISBN: 978-0-00-737020-7
Feist is one of the world’s leading fantasy writers. His Riftwar and Serpentwar Sagas have been global bestsellers for years.Born and raised in Southern California, Raymond E. Feist was educated at the University of California, San Diego, where he graduated with honours in Communication Arts. He is the author of the bestselling and critically acclaimed Riftwar Saga.

The third book in the bestselling Serpentwar series.