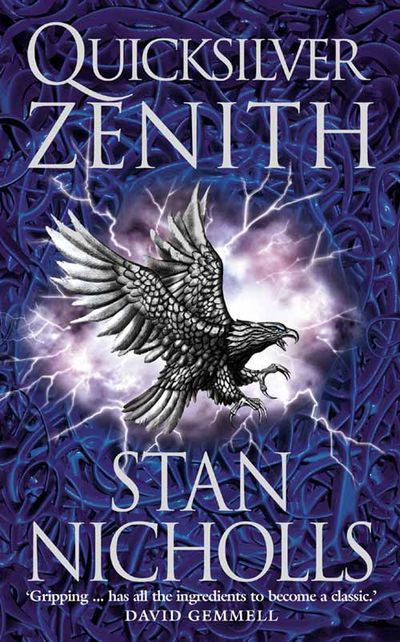 From the author of the internationally accalaimed Orcs series comes a powerful new epic fantasy to rival the work of Raymond E. Feist and David Gemmell.

Cursed with immortality and episodes of uncontrollable, berserk fury, Reeth Caldason is desperate to find a cure for his magical affliction. His search has brought him to the island state of Bhealfa, ruled by a despot and trapped between two powerful rival empires. Here, after decades of carefully avoiding all personal attachments, he finds himself entangled with a Resistance movement intent on founding a utopia free from tyranny.

The paladin clans, a fearsome order of mercenary knights who provide government security, are determined to crush the growing rebellion. Devlor Bastorran, the cruel, and possibly mad, heir apparent to the clan leadership, is plotting a grotesque revenge against Caldason, having been bested by him in a humiliating and very public swordfight.

But Caldason has other problems to contend with. The rebels have decided on the location of their new state – a remote island. Before it can be occupied, a large quantity of gold must be delivered to its legal owner. Caldason is the natural choice to head this sensitive mission – but he soon discovers that a powerful new enemy covets both the gold and the island, threatening to destroy the whole fragile venture before it’s even underway.

From the author of the internationally accalaimed Orcs series comes a powerful new epic fantasy to rival the work of Raymond E. Feist and David Gemmell.