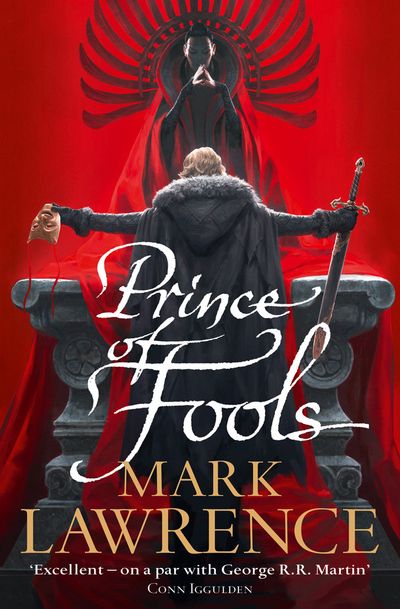 I’m a liar and a cheat and a coward, but I will never, ever, let a friend down. Unless of course not letting them down requires honesty, fair play or bravery.

The Red Queen is dreaded by the kings of the Broken Empire as they dread no other.

Her grandson Jalan Kendeth – womaniser, gambler and all-out cad – is tenth in line to the throne. While his grandmother shapes the destiny of millions, Prince Jalan pursues his debauched pleasures.

Until, that is, he gets entangled with Snorri ver Snagason, a huge Norse axeman and dragged against his will to the icy north…

Author: Mark Lawrence
Format: Other Format
Release Date: 05/06/2014
ISBN: 978-0-00-753155-4
Mark Lawrence was born in Champagne-Urbanan, Illinois, to British parents but moved to the UK at the age of one. He went back to the US after taking a PhD in mathematics at Imperial College to work on a variety of research projects including the ‘Star Wars’ missile defence programme. Returning to the UK, he has worked mainly on image processing and decision/reasoning theory. He says he never had any ambition to be a writer so was very surprised when a half-hearted attempt to find an agent turned into a global publishing deal overnight. His first trilogy, The Broken Empire, has been universally acclaimed as a ground-breaking work of fantasy. Mark is married, with four children, and lives in Bristol.