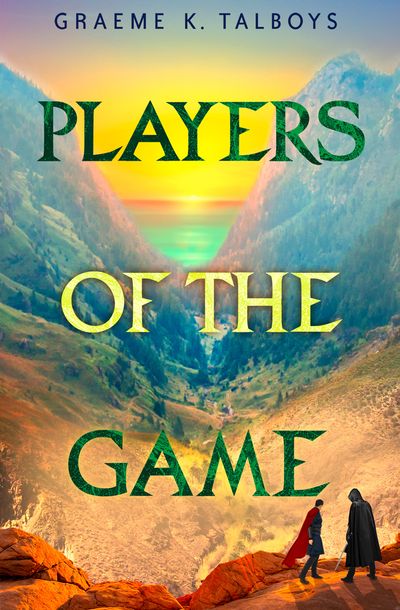 Players of the Game

The third instalment in the Shadow of the Storm series

Jeniche and Alltud have been on an adventure for nearly three years. Now, the time has come for them to go home.

But as they leave their hostel in the dead of the night, these plans are thwarted. The Qasireu of Alboran awaits the two travellers with a quest: they must move an item of great value, whose identity is to remain unknown.

Carrying this item across the dusty moutains, they make a chance encounter: a woman from her past, who seems to know a great deal about the amulet around Jeniche’s neck and the power it possesses.

Yet, the amulet isn’t the only secret the travellers carry with them. For little do they know, the item they are moving could pose a threat to the entire world.

Author: Graeme K. Talboys
Format: Other Format
Release Date: 23/02/2017
ISBN: 978-0-00-810357-6
Graeme K. Talboys was born in Hammersmith. In between teaching in schools and museums, he has published eight works of non-fiction (on museum education, drama, and matters spiritual). He has also written more than a dozen novels. The first (written when he was seventeen) was lost on a train. The next two (written in his early twenties) he wishes had been. Thankfully, he’s had considerably more success with writing since then. His previous jobs have included stacking shelves, pot boy and sandwich maker, and sweeping factory floors. As an adult his first job was teaching Drama and English. Some of his pupils still speak to him.

Players of the Game

The third instalment in the Shadow of the Storm series