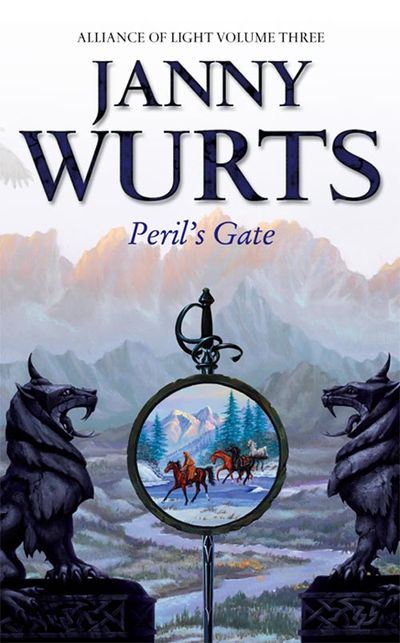 Where there is light, there must always be shadow… The fourth volume in Janny Wurts’s spectacular epic fantasy, now re-released with a striking new cover design along with the rest of the series.

The curse that hangs over the Master of Shadow, Arithon, and Lord of Light, Lysaer, is drawing the two half-brothers ever closer towards direct conflict. For the Natural Balance to be maintained, the two must never fight. If they do, one is sure to perish and the Mistwraith will regain its evil power over their world.

Even now, Lysaer – convinced of his own godhead and aided by the treacherous Koriani Sisterhood – is tracking Arithon the Masterbard through the snows and wastes of the winter-locked mountains and the Barrens of Daon Ramon. Arithon is tortured by the knowledge that for the sake of future generations he must not be killed, no matter the cost of others’ lives now. Fighting valiantly to prevent unnecessary suffering, he strikes out on his own; but he is injured and failing fast.

Meanwhile, the ancient Paravians are stirring, summoned by trespassers on their sacred domain; and the Fellowship of Seven are battling on many other fronts, as the Mistwraith’s wards begin to break, and khadrim and free wraiths roam the land…

Author: Janny Wurts
Format: Paperback
Release Date: 05/11/2007
Pages: 784
ISBN: 978-0-00-710108-5
Janny Wurts is the author of the Cycle of Fire series, co-author of the worldwide bestselling Empire series with Raymond E. Feist, and is currently working on the Wars of Light and Shadow series. She often paints her own covers and is also an expert horsewoman, sailor, musician and archer.

Where there is light, there must always be shadow… The fourth volume in Janny Wurts’s spectacular epic fantasy, now re-released with a striking new cover design along with the rest of the series.