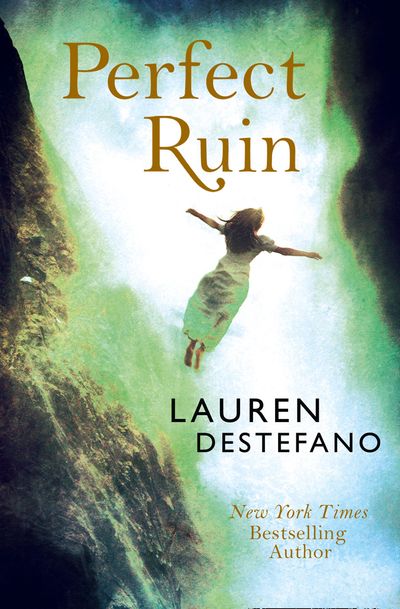 From the New York Times bestselling author of The Chemical Garden trilogy: On the floating city of Internment, you can be anything you dream. Unless you approach the edge.

Morgan Stockhour knows getting too close to the edge of Internment, the floating city in the clouds where she lives, can lead to madness. Even though her older brother, Lex, was a Jumper, Morgan vows never to end up like him. If she ever wonders about the ground, and why it is forbidden, she takes solace in her best friend, Pen, and in Basil, the boy she’s engaged to marry.

Then a murder, the first in a generation, rocks the city. With whispers swirling and fear on the wind, Morgan can no longer stop herself from investigating, especially once she meets Judas. Betrothed to the victim, he is the boy being blamed for the murder, but Morgan is convinced of his innocence. Secrets lay at the heart of Internment, but nothing can prepare Morgan for what she will find – or whom she will lose.

Author: Lauren DeStefano
Format: Other Format
Release Date: 03/10/2013
ISBN: 978-0-00-754121-8
Lauren DeStefano is the author of The Internment Chronicles and The Chemical Garden Trilogy, which includes WITHER, FEVER, and SEVER. She earned her BA in English with a concentration in creative writing from Albertus Magnus College in Connecticut. Visit her at LaurenDeStefano.com.

From the New York Times bestselling author of The Chemical Garden trilogy: On the floating city of Internment, you can be anything you dream. Unless you approach the edge.