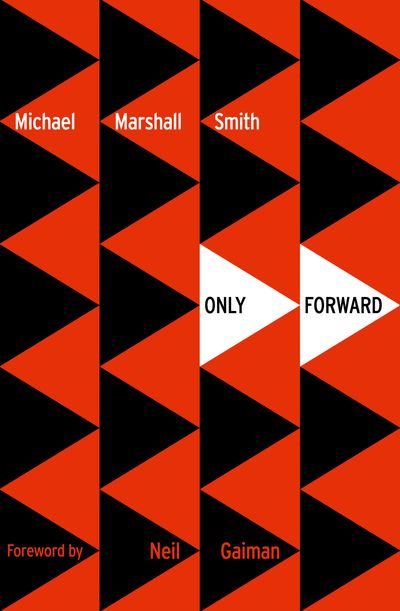 May we introduce you to Stark.

Stark is the private investigator who goes to work when Something Happens to you. And when a Something happens it’s no good chanting ‘go away go away go away’ and cowering in a corner, because a Something always comes from your darkest past and won’t be beaten until you face it. And that’s not easy in a city where reality is twisting and broken, a world in which friends can become enemies in a heartbeat — and where your most secret fear can become a soul-shredding reality.

And the worst of it is, for this nightmare you don’t even have to be asleep…

Considered a modern classic, and consistently featured in lists of Books To Read Before Your Head Explodes, ONLY FORWARD is a novel you’ll never forget.

Author: Michael Marshall Smith
Format: Paperback
Release Date: 07/05/2015
Pages: 322
ISBN: 978-0-00-811744-3
Michael Marshall Smith is a novelist and screenwriter. Only Forward, his groundbreaking first novel, won the Philip K. Dick and August Derleth Awards. Its critically acclaimed successors SPARES and ONE OF US were optioned by major Hollywood studios. He has since written the internationally bestselling novels THE STRAW MEN, THE LONELY DEAD and BLOOD OF ANGELS, and his menacing thriller, THE INTRUDERS, was adapted as a major BBC television series. He lives in California with his wife, son and two cats.