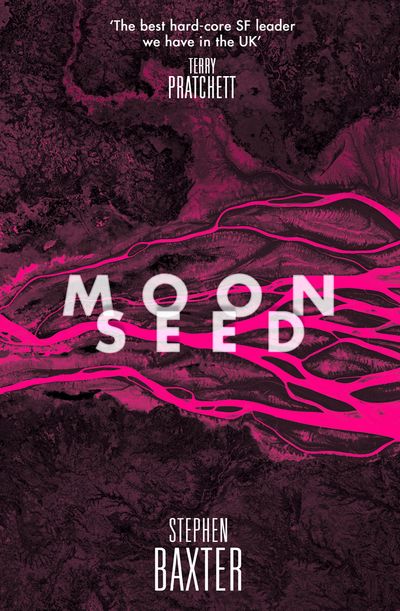 Showering Earth with radiation and bizarre particles that wipe out all the crops and half the life in the oceans.

Suddenly, the ground itself begins melting into pools of dust that grow larger every day. For what has demolished Venus, and now threatens Earth itself, is part machine, part life-form – a nano-virus, dubbed Moonseed.

Four scientists are all that stand between Moonseed and Earth’s extinction, four brilliant minds that must race to cut off the virus and save what’s left of the planet.

Author: Stephen Baxter
Format: Paperback
Release Date: 31/12/2015
Pages: 544
ISBN: 978-0-00-813453-2
Stephen Baxter applied to become an astronaut in 1991. He didn’t make it, but achieved the next best thing by becoming a science fiction writer, and his novels and short stories have been published and have won awards around the world. His science background is in maths and engineering. He is married and lives in Northumberland.